Home of Stewart's Textbook of Acid-Base

Welcome to acidbase.org. For everything you always wanted to know about acid-base but were afraid to ask.

About Buy the book 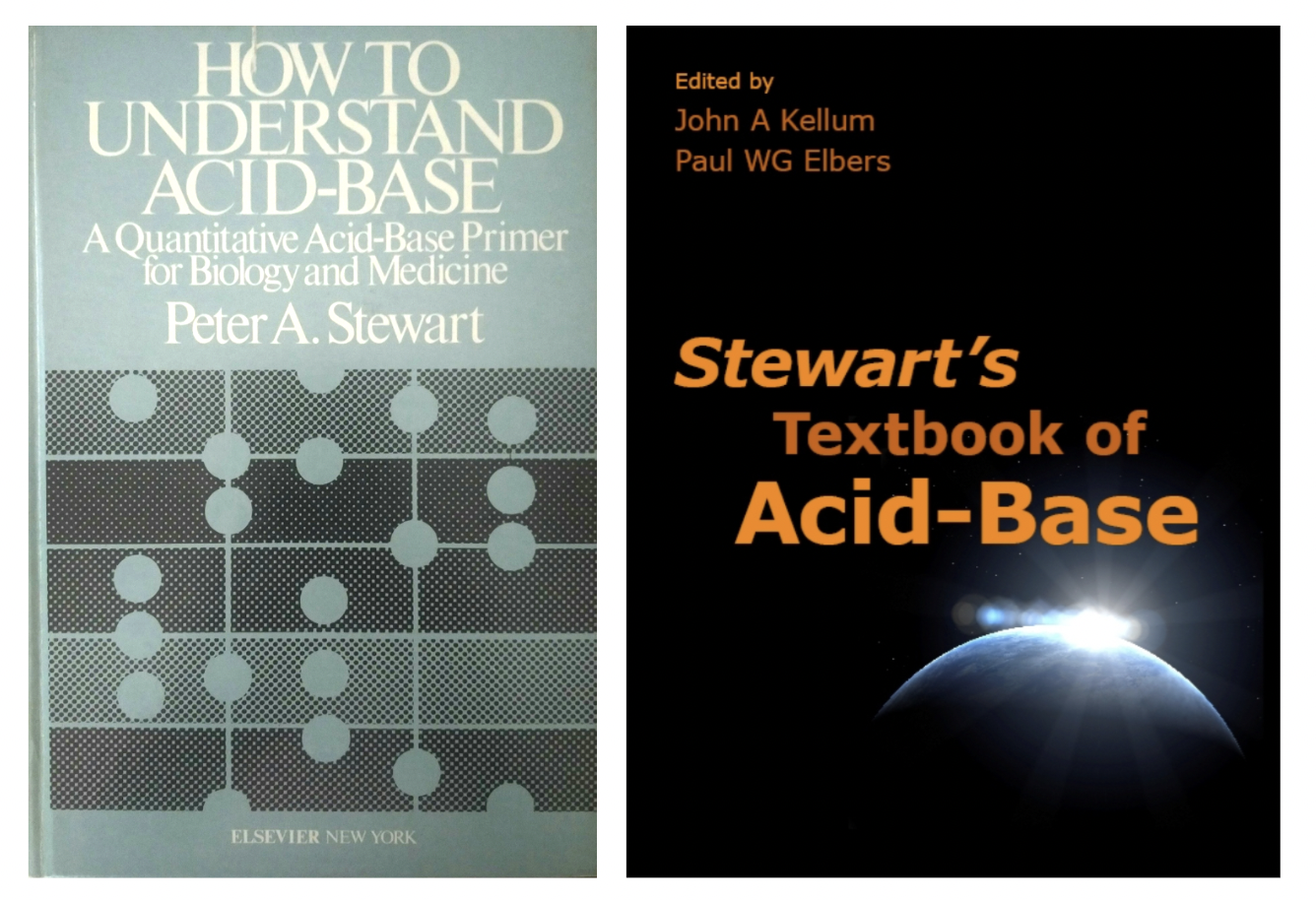 This is acidbase.org, home of Stewart's Textbook of Acid-Base. Here you can learn about the physico-chemical approach to acid-base as introduced by the late Peter Stewart. He was a true genius as he was first to provide deep insights in the interplay between electrolyte balance and acid-base phsyiology.

Here at acid-base.org we are happy to acknowledge that the classic bicarbonate rules of thumb approach as well as the base excess approached to acid-base are mathematically completely compatible with the Stewart approach. However, we do like to think that the Stewart approach is better. Mostly because of the deep understanding it provides which is tremendously useful, especially for clinical doctors at the bedside.

But please, do not take our word for it. Find out for yourself:

Meet the enthousiasts behind acidbase.org. 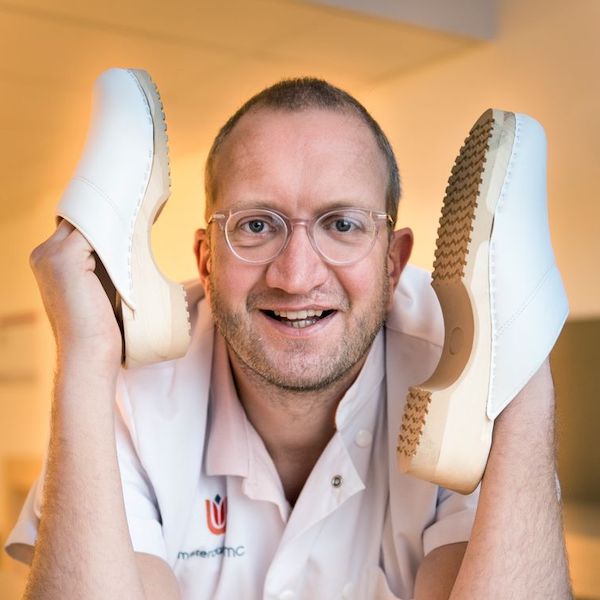 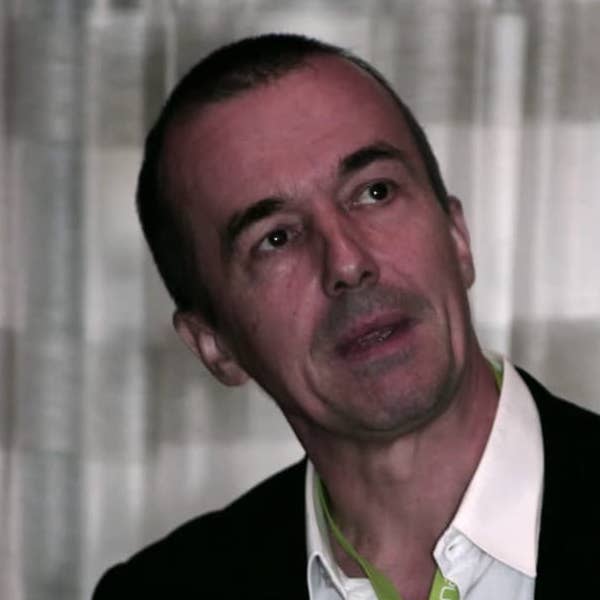 In Memory of Peter Stewart

Peter A. Stewart was born and raised in Winnipeg, Manitoba. His undergraduate education was at the University of Manitoba where he graduated with honors in 1943. He was a radar officer in the Canadian Navy during WWII and later attended the University of Minnesota where he received a M.S. in physics and mathematics in 1949 and a Ph.D. in biophysics in 1951. Dr. Stewart was a charter member of the Biophysical Society and a Markle Scholar in academic medicine. He began his academic career at the University of Illinois, first in the Department of Physiology, then at Neuropsychiatric Institute as an Assistant Professor of Neurophysiology. In 1954 he moved to Emory University where he became an Associate Professor of Physiology, Physics and Biometry. While on sabbatical at the Brookhaven National Laboratory he became a molecular biologists as well. Indeed, in the words of one of his colleagues, Pierre Galletti, M.D., Ph.D., 'he could teach any component of the physiology courses for medical and dental students, and be an effective advisor for a wide variety of graduate students, several of whom now occupy senior positions at major universities.'

In 1965 Peter Stewart joined Brown University as Professor of Medical Science. He worked to develop a curriculum in which mathematics, physics, chemistry and biology were taught as a unified science and centered on the application of mathematical and analytical methods to the regulation of physiological systems. From 1977 to 1983, Dr. Stewart served as Director of the Commonwealth Fund Interface Program where generations of students were taught how to blend scholarly discipline with humanitarian pursuits. Upon his retirement, together with his wife and fellow scientist, Babette Stewart, a prize was established by the Program in Liberal Medical Education to honor the students who best exemplify the values they promoted through their own dedication to a science-based liberal education. Peter Stewart served as a consultant to the Human Factors Group of the Lockheed Aircraft Corporation, and was for many years a member of the NIH Committee for the Medical Scientist Training Program and also a member of the National Institute of General Medical Sciences Research Career Award Committee.

Dr. Stewart's interest in Acid-base Physiology grew out of his commitment to teaching and his unified approach to science. In 1981, his landmark book on 'How to understand acid-base physiology,' was published by Elsevier.

In 1983, Peter Stewart retired to Orcas Island in the Strait of Juan de Fuca near Seattle WA. He suffered from heart failure and ventricular arrhythmias but none the less devoted his retirement years to public service. He was a founding trustee of the Eastsound Public Library on Orcas Island and was also a member of the County Water Advisory Committee. Although passionate in his dual commitment to excellence in science and in community endeavors, Peter Stewart is best remembered by his colleagues and friends for his ready smile, gentle manner, musical talents, informal style and unfailing sense of humor. He enriched the lives of those around him with his consistent cheerfulness and eternal optimism. 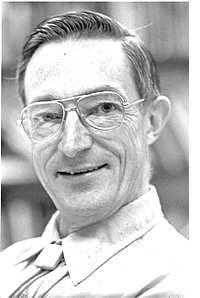 Please find below our extensive collection of online resources on acid-base, with a strong focus on the quantitative physico-chemical approach.

There is a splendid book on acid base and fluid physiology by Kerry Brandis, explaining both the traditional and the physicochemical analysis, known as the Stewart approach.

Yohannes George has made this excellent primer on Stewart's approach to acid base available to the public!

While not based on the Stewart approach, the late Michael Bookallil's online book about acid-base balance is worth while reading, and serves to remember that eccentric Sydney anaesthesiologist with a mind and a tongue sharp as a razor.

A general description and discussion of the different approaches to acid-base analysis is given by Deepa Bangalore and Janice L. Zimmerman
on the American College of Chest Physicians website. This includes an extensive list of possible causes of acid-base disturbances.